It’s not completely clear how this happened, but somewhere in our history it was decided that, “A majority voting in favor of something indicates the presence of agreement, and we should proceed ahead.”

Where this notion comes from, and the (mis)information surrounding majority rule, is the subject of this and a future post.

Welcome to the Group Income blog!

Group Income is a fair, efficient, decentralized Basic Income system for you and your friends.

And this is our blog where we will provide semi-regular project updates and discuss the concepts and design decisions that are going into the code.

We’ll start by diving into the concept of voting, a process that plays a critical role in Group Income and elsewhere.

Like many people, you’re probably OK with, or at least used to, the idea of majority rule. But have you given thought to why we use it, and what it means?

It’s a common assumption that “51% in favor of Proposition A,” implies “We’re in agreement that Proposition A should pass.”

However, that is only partially true if the group decided—formally and beforehand—that every proposal, no matter how divisive or controversial, will be decided by majority rule.

Even then, the “We” of “We’re in agreement” only refers to half the group. From the outside, it appears as if two groups are in discord with one another:

Perhaps this method of making collective decisions is not always the best way to go?

If we think of a group as a collective that acts in the interests of its members (for example, a family), then a proposal that receives 51% support indicates: “The group is in almost perfect disagreement on whether or not to approve the proposal.”

We tend to think of the House of Representatives in terms of a single entity, so we’ll say that a bill “passed the House” if it received 52% support. In reality, it’s more accurate to say, “The bill passed half of the House, which is almost perfectly split as to whether or not the bill should become law.”

It’s also important to ask: who is affected by the decision? Is it just the group members, or those outside of it? If outsiders are affected, how many and in what way?

In the United States, a “Congress majority” is 0.00008% of the U.S. population, and this group (along with a few others1) decides the rules of behavior for about 300 million people outside of it.

Is this a good idea? Are there better alternatives? And if so, what are they?

These are some of the questions we’ll be exploring in our posts. We invite you to think about them and share your thoughts with us in the comments.

House of Representatives vs Moviegoers

Consider your group of friends. You have a decision to make, “What movie should we go see tonight?” What do your friends do if some want to see Movie A, while others, Movie B?

How does the above compare to what goes on in the House? We’ll list a few observations below, feel free to comment with more:

It’s also worth noting that most moviegoers seem happy after their decision.

Sometimes majority rule seems like a suitable voting rule to use. Other times, especially when stakes are very high and very personal, a rule that requires greater group agreement is preferable.

These types of rules are called supermajority rules or consensus rules, and they’re used in various high-stakes situations:

There are also submajority rules, but we’ll cover those another time.

Here is one of our mockups for the UI that we’ll be experimenting with when users create a group. You can think of it as setting up the Group Constitution: 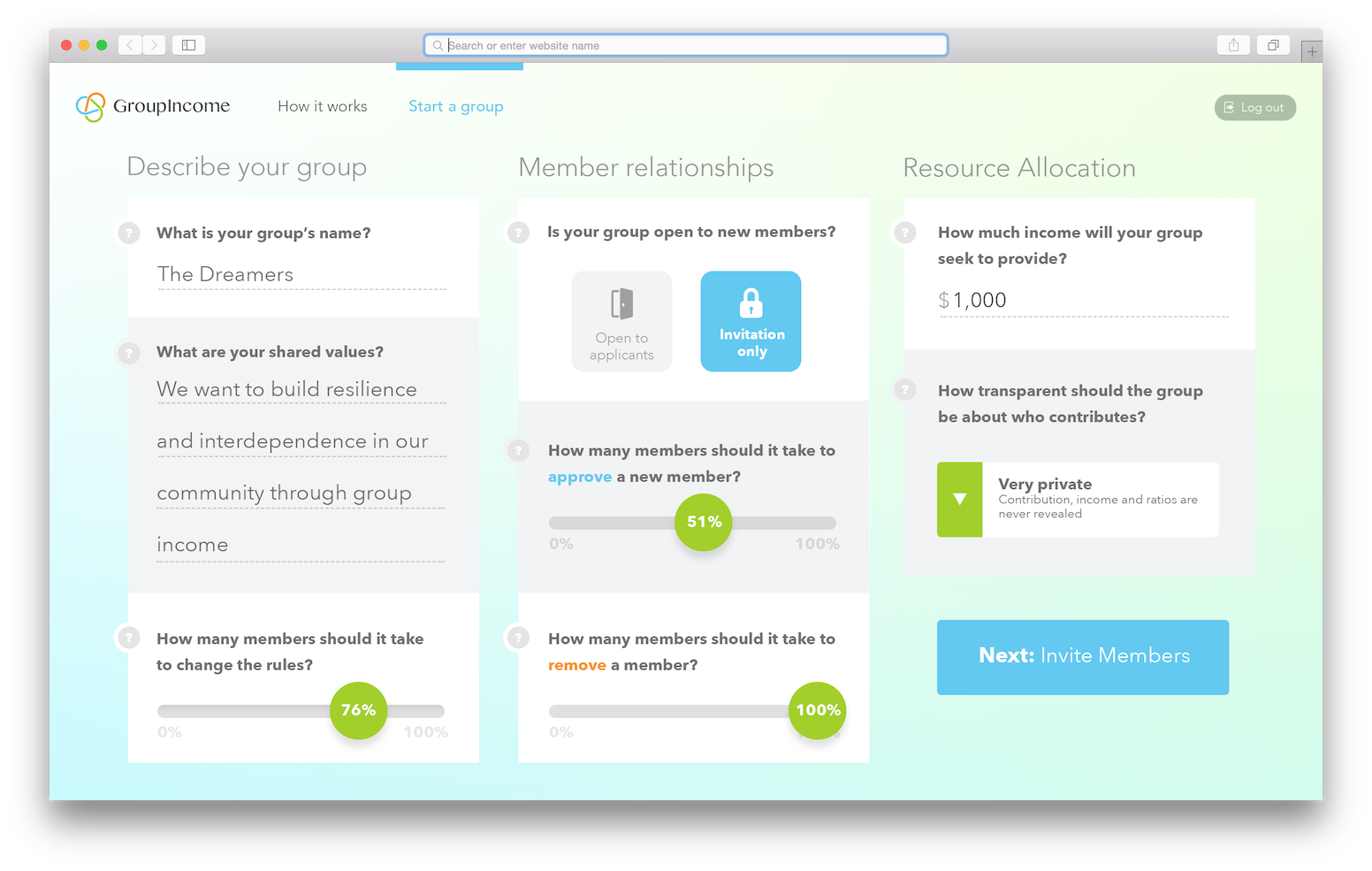 And remember, some types of decisions are better decided without a formal vote!

Thanks for reading our first blog post! We hope you’ve enjoyed it!

If you like what you see here and are interested in participating in this project (whether as a contributor or to take part in pilot studies), please get in touch on Twitter, Gitter Chat, or on our forums!

Up Next: We’re taking on the fascinating world of Social Choice Theory. How much of it is true? How much is a crock?

10 thoughts on “What Makes A Good Voting System?”